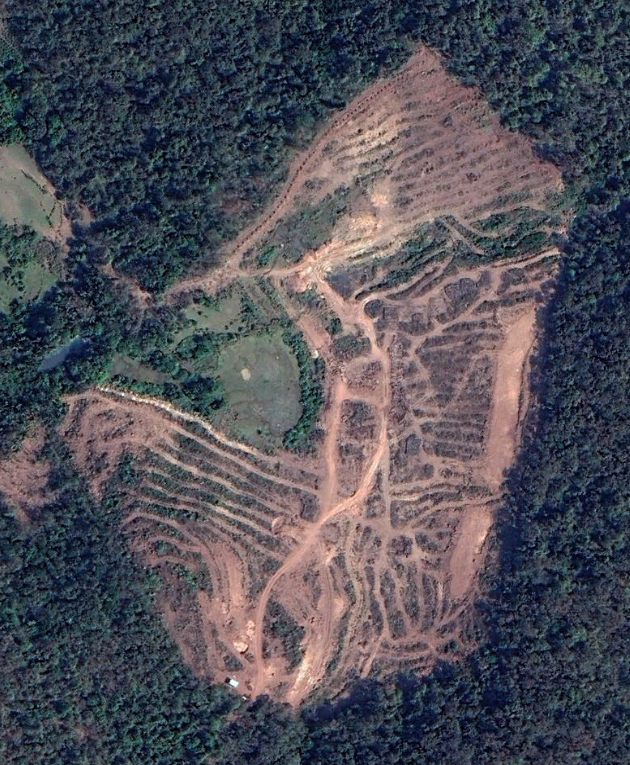 The Goa Foundation last week filed a contempt petition in the Supreme Court of India, asking for contempt action to be taken against the South Goa Collector, senior officials of the Forest Department, Chief Secretary and former Secretary to the CM, Krishnamurti, and Tamnar officials for deliberate violation of the Court’s orders forbidding conversion certificates for any land in excess of 1 hectare, and having a tree density of more than 10%.

The Court’s order is dated 4.2.2015 and was passed in an appeal filed by the Goa Foundation against an order issued by the National Green Tribunal, Pune bench.

It is the case of the petitioner that the Tamnar 400 kV HTL project promoters purchased over 10 ha of land in Sangod from private persons in 2018. However, the plot contained more than 2849 trees, 90% of which were forest species. In normal course, as the criteria for private forest were clearly met in this case, Tamnar was required to apply for forest clearance. It did not do so.

Instead, together with forest officials, a file was created to get the 2849 trees felled under the Goa Preservation of Trees Act, 1984. This request was denied by the DCF concerned, on the ground that the Act does not permit felling of more than 1 ha at a time, and not more than 2 ha per year. To bypass this requirement, the forest department raised a file to exempt the entire plot from the purview of the Goa Preservation of Trees Act, 1984. The file was not signed by the CM, who was ailing at the time, but by his Principal Secretary who signed on his behalf but had no authority in law to do so.

Pursuant to government granting the exemption, the Forest Department issued the licence to fell 2849 trees. This was done in order to enable the Tamnar authorities to apply for conversion, thus bypassing the Supreme Court’s order of 4.2.2015. In fact, the application for a sanad was made more than one year after the trees were felled.

In June this year, office of the Collector issued a challan for issue of a provisional sanad for conversion of the plot. The Goa Foundation came to know of the provisional sanad only after Tamnar filed an application in the Supreme Court to exempt it from the operation of the order dated 4.2.2015. The provisional sanad was issued despite the fact that the forest department had submitted a letter that it could not grant an NOC in view of the plot having canopy density in excess of 10%.

Both the contempt petition and the application of Tamnar are listed for hearing by the Supreme Court on 7.12.2021.